Thank you for joining us again here at Hobby Car Corvettes, located in Martinsburg PA, as we continue the exciting series, C3 Vette Rundown. In each post of the series, we will highlight the upgrades and additions, redesigns and removals for each year of the third generation of Corvettes. We started with the launch of the third generation in 1968, and today we bring you a thorough rundown of the 1975 Chevrolet Corvette. Wasting no more time, let’s get right to the developments of 1975.

On January 1, 1975, Chevrolet said goodbye to a major player in the world of Corvettes, Zora Arkus-Duntov. On this day, Duntov retired after having devoted 21 years and 7 months to General Motors. Often referred to as the “Father of the Corvette”, Duntov had felt personally compelled to contribute to the project when he saw the original Harley Earl Corvette prototype in New York. Zora was so inspired following this event, he wrote a personal letter to the president of GM, Ed Cole, detailing his insights about the Corvette.

Once employed by Chevrolet, he passionately worked “on the side” on the Corvette design, despite not being specifically assigned to the Corvette project. It was not until 1968, the first year of the third generation of Corvettes, that Duntov would be assigned as Corvette’s Chief Engineer.

Nearly identical to the 1974 Corvette, the 1975 Corvette revealed very few notable aesthetic changes. The one design change worth noting, was made for safety and protection. On the front and rear bumper, a padding was added for extra protection for varying impacts. We continue to mention, that just as notable as the additions, are the removals. 1975 would be the last year of the third generation Corvettes to offer the convertible as an option. If you haven’t noticed in the option codes, production and pricing chart following this post, the numbers for convertibles ordered have been dramatically declining. This year, of the impressive 38,465 Corvettes produced and ordered, only 4,629 were convertibles. This means that the 1975 Convertible Corvettes just barely counted for 12% of the Corvettes ordered.

While the declining of the orders was the original argument for cutting the convertible, the pending legislation banning fully open model cars was the catalyst. When this talk began, Chevrolet made the decision to cut convertibles for future models. Seeing as how we have convertibles today, it almost doesn’t need to be pointed out, that the talk of this radical change never came to fruition. Convertibles would eventually return to the Corvette assembly line, but they would never be more affordable than they had been before the decade long hiatus to come.

Engine options were limited in 1974, but even moreso for 1975 Corvettes. The only Chevrolet Corvette engines that would be offered in 1975 included the stock, 165 horsepower, 350 cubic inch engine, and the optional RPO L82 205 horsepower, 350 cubic engines. This being said, there were few mechanical changes, just as there were few aesthetic changes. With no larger engine available, L82 hood emblems adorned cars so equipped. 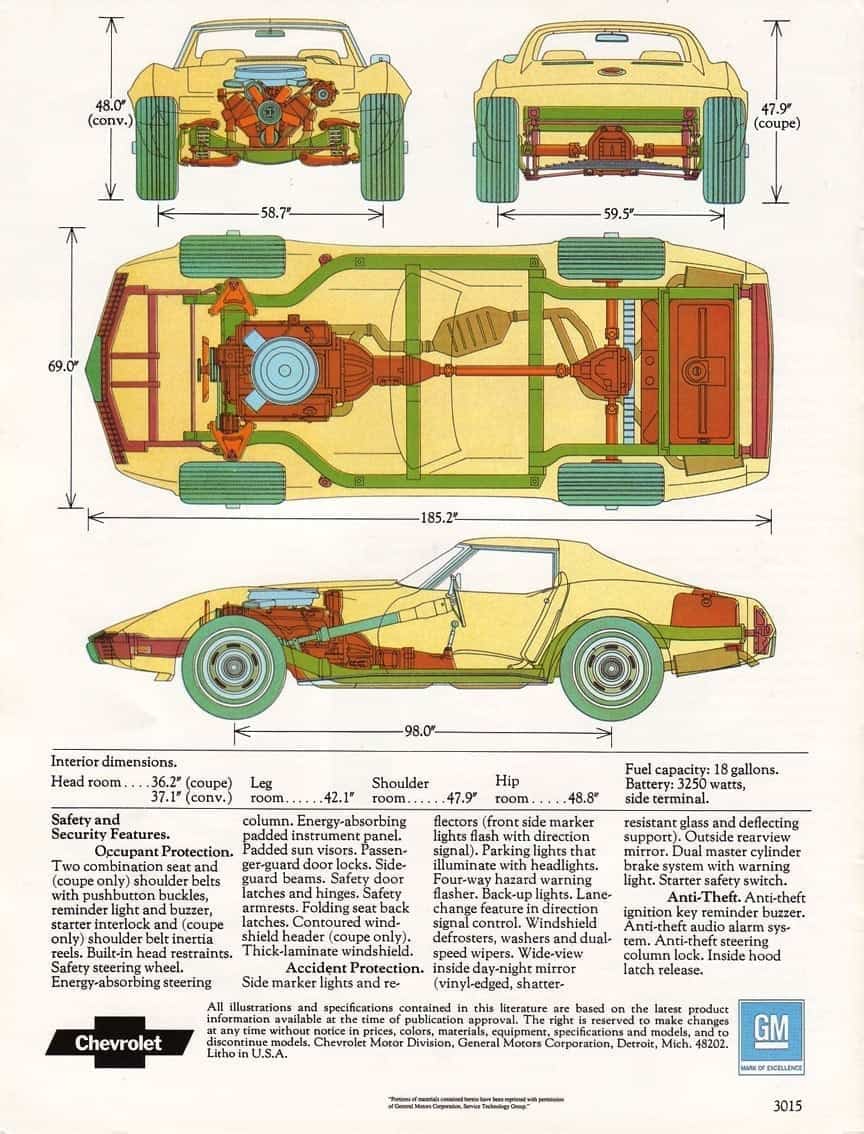 With the removal of lead fuel, and the introduction of the catalytic convertor, the 1975 Corvette was described as

A couple more small changes included Tachometers began to be driven by electrical impulses, as opposed to mechanical and drivers would now see their kilometers per hour in subtext below the miles per hour. 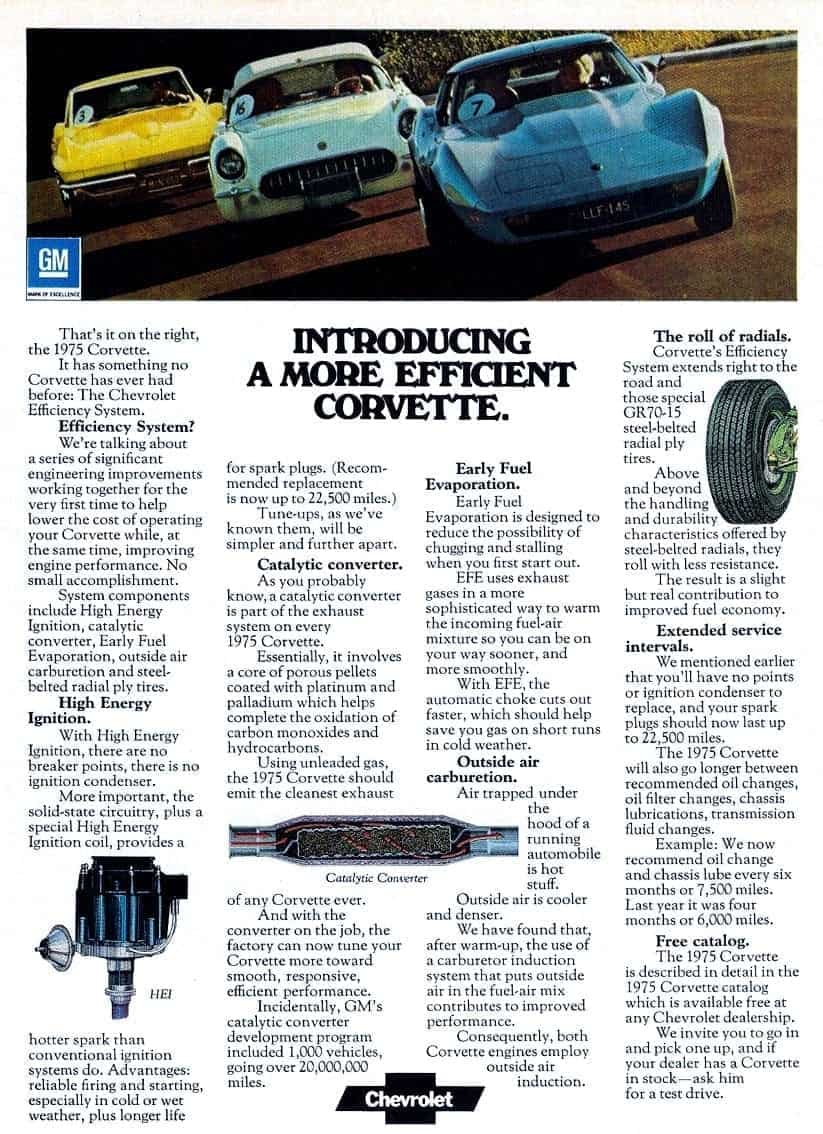 Another hot year for Corvette, despite few changes being made. With a total of 38,465 Corvettes being sold this year, 1975 was within 300 units of the 1969 sales numbers, which still held the title for Corvettes’ best selling year at this point.

As always, whether extravagant changes or notable removals, we continue to respect each year of the third generation of Corvettes. Every year, every model, is a necessary piece in the process.

We hope these posts have been helping you to either expand your Corvette knowledge, or determine what year is best for you to add to or begin your Corvette collection. No matter your goal in visiting us here at Hobby Car Corvettes, we are always here to offer guidance or talk shop. We love connecting with Corvette enthusiasts all over the world. If you are looking to buy, please feel free to check out the 1975 Corvettes we currently have for sale, listed below. We will see you again next week, for the rundown of the 1976 Corvette! 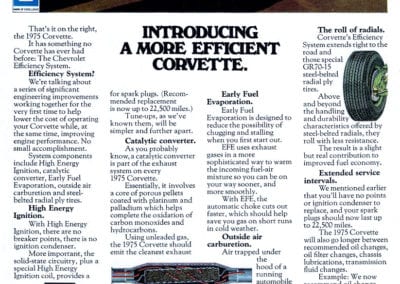 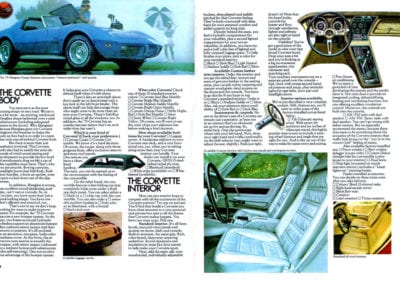 We currently have the following 1975 corvettes for sale: