Welcome back to Hobby Car Corvettes as we continue with our exciting C3 Vette Rundown series. Every week, we talk shop on the topic of a third generation Corvette. We began the series with the launch of the C3 Corvettes in 1968, and each week we discuss the next in line.

Last week, we had nothing but praise to offer for the 1978 Corvette, and this week is all about the 1979 Corvette. We started this series because here at Hobby Car Corvettes in Martinsburg, PA, we personally feel the third generation was the best! While we are all-around Corvette enthusiasts, the third generation will always be our favorite generation. Wasting no more time, let’s find out how the 1979 Corvette kept pace with the excitement of both the 1977 and the 1978 Corvette.

1979: ANOTHER BIG YEAR FOR CORVETTE

Typically, after a celebration, life returns to a comfortable baseline. Not for Corvette, not this year. We saw in 1977, the 500,000th Corvette roll off production, and in 1978 we celebrated the Silver Anniversary. This year, in 1979, Corvette sold over 50,000 Corvettes for the first time in history, and 1979 still holds the record for most Corvettes sold in a year! In addition to surpassing production numbers, the 1979 Corvette was the first to sell for over $10,000. The price hike didn’t deter Corvette enthusiasts, as evidenced by the numbers. Corvette was one of the first cars to be selling and manufacturing at such a rapid rate. For many people, cars were just cars, a means of transportation. They did not understand why a car would be flying off production belts like this. But for Corvette people, A Corvette was so much more than transportation.

As in years past, Chevrolet engineers continued to make features that had previously been optional, a part of the standard package. This year saw many options become standard. Tilt-telescopic steering columns, air conditioning, and power windows were three of the main features that joined the standard package. Think about it, could you imagine today, if someone asked if you wanted your car to come with air conditioning? Who would say no to that?

In 1978, Corvette saw all of these options ordered in nearly 80% of the cars manufactured. It only made sense to add them to the standard and total the cost into the base price. But this change actually didn’t occur until May of 1979. Which is when the price broke through the $10,000 mark.

Of course, the fastback window from 1978 carried over to 1979. This was a well received and popular modification. A few more aesthetic changes were made, but they were much more subtle. The anniversary emblems from 1978 were replaced with the traditional Corvette crossed flags insignia. The trim around the fastback window, which had been chrome in 1978, was now painted black. Headlight changes were made for increased visibility. The 1979 Corvette was now fitted with tungsten-halogen headlights.

To aid in security of the 1979 Corvette, the ignition cylinder lock was reinforced through the addition of extra shielding. In 1978, Corvette was noted as the most often stolen car, so this change was welcome and necessary.

If you recall from the 1978 post, in addition to the Silver Anniversary package buyers could buy, Corvette enthusiasts could also buy a Corvette Indy 500 Pace Car replica. This Corvette option was so popular, that several of the features were continued into the 1979 model. The features included the new bucket seats, the front and rear spoiler package, and the glass roof panels.

The new and lightweight “high back” seats were made standard. They featured better side bolster, enhanced ease of accessibility into the rear storage area, and they reduced overall weight by 24 pounds. The seat tracks were also redesigned to add an inch of travel. The spoilers, offered as an option, decreased drag by about 15% and increased fuel-economy by about a half-mile per gallon.

The most popular carry over from the pace car replica was the glass mirror-tint roof panels. Nearly 15,000 Corvettes left production fitted with the panels, despite the pretty price tag of $365. Corvette enthusiasts are not easily deterred.

An exciting change under the hood, the base L48 and optional L82 engines both received a 5 horsepower increase as a result of a new “open flow” muffler design. As Corvette had slowly been losing power over the past years due to regulation changes, this was exciting news! This year, Road & Track Magazine test drove a 1979 Corvette fitted with an L82 engine and recorded a 0-60 time of an impressive 6.6 seconds, a quarter-mile time of 15.3 seconds at 95 mph, and a top speed of 127 mph. These are not numbers to snicker at. Corvette still had what it takes.

In addition to the engine changes, shock absorber rates were standardized so that no matter the type of transmission, they would remain the same. For a 1979 Corvette equipped with an automatic transmission, the final drive ratio was lowered from 3.08:1 to 3.55:1.

While we will discuss it further next week when we bring you the 1980 Corvette, 1979 would be the final year for the manual gearbox option with the L82 engine. In 1968, more than 80% of Corvettes were ordered with manual transmissions. In 1979, less than 20% of the cars were manufactured with manual gearboxes.

In summary, the numbers speak for themselves. While there weren’t any massive changes made to the 1979 Corvette, it reached record numbers in sales totaling 53,807 sold! It goes without saying that this was a successful year for Corvette, no matter how you define success. Enthusiasts loved the continually evolving look of the third generation Corvette, and held true to their loyalties despite price increases. Thank you again, for visiting us here at Hobby Car Corvettes, for our C3 Vette Rundown Series. We hope this specific year excited you as much as it did us. Please return next week as we enter 1980 and see what it has in store for Corvettes.

As always, if you are in the market for your very own Corvette, reach out to us here in Martinsburg, PA. We proudly and competently sell nationwide and international. Check out the 1979 Corvettes we have to offer below, and feel free to peruse our large Corvette inventory!

Catch you next week!

We currently have the following 1979 corvettes for sale: 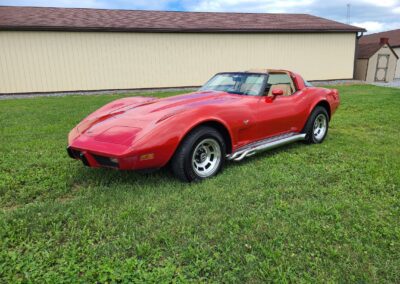 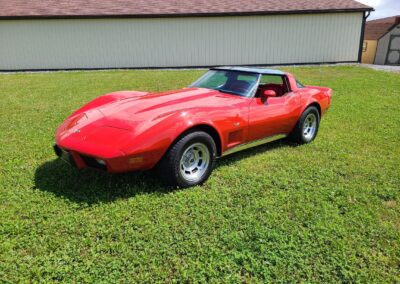