For Vette lovers in search of that perfect antique Corvette, but particularly that beautiful black Vette they have always dreamed of… we have consolidated our inventory of black Corvettes onto this page below. If you don’t see the perfect Vette you are looking for, remember to call 814-937-4941. 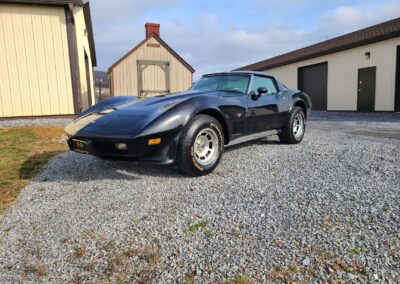 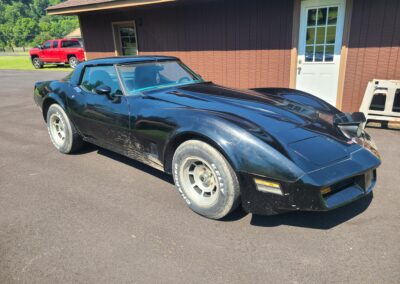 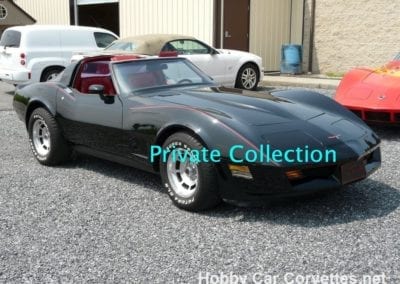 This 1981 Big Block Corvette has a lot under the hood! A 4spd transmission, 427 Big block engine, and only 30,000 original miles makes this

History of the Black Vette

In 1953, the first year of the Corvette, Corvettes were only available in Polo White. In 1954, Chevrolet decided to release the Corvette in additional colors. The first three color options were Sportsman Red, Pennant Blue, and black. Polo white was considered standard.

Over the years the color of black has changed as much as, if not more than, the names they gave it over the years. 1954 was the first year for black, with 4 produced. 1955 did not have a black Corvette.