The Beginning of the Third Generation Corvettes

So you’re looking to buy a used Chevrolet Corvette C3? You are in the right place, and you have selected to look through years 1968-1972. These were exciting and formative years for the third generation Corvettes. Let’s have a look at what stood out and “wowed” the masses, for these five years in Corvette history. 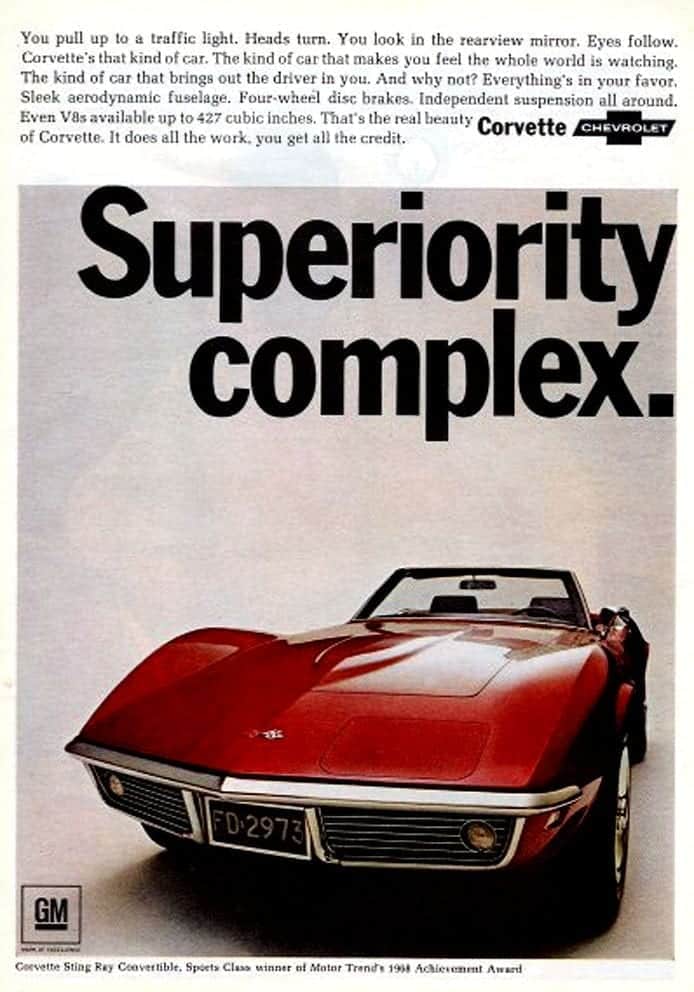 First and foremost, 1968 was the launch of the third generation of Chevy Corvettes. As with any launch, the release was exciting, but also had a few kinks to work out. However, there is nothing quite like owning a first year release of a vintage car. The motto for the initial release of the C3 Corvettes was…

“All different, all over”

So one can all assume from such a tagline, the Corvette received a top notch makeover from 1967. This was the year we were first introduced to the Shark-esque Vettes we know and love today. If you are considering purchasing a 1968 Corvette, you will be taking home a firstborn of the third generation of Corvettes! The 1968 is an exciting C3 Corvette because it was the beginning of a new era. 1968 saw a major redesign in regards to aesthetics. This was the year the coupe lost its fastback window. In its place, the Corvette was fitted with a removable back window and removable t-top, giving it that desirable convertible feel. 1968 was the last year for low back seats.

A unique “feature” of the 1968 Corvette, it is the one year in between many that did not bear a Stingray or Sting Ray moniker.

Also being a firstborn, the 1968 Corvette was the guinea pig for the third generation Corvettes. This meant, there were bound to be some kinks needing to be addressed the following year. One of the most prominent kinks of 1968, was the lack of interior room, leaving drivers feeling cramped and uncomfortable. Following up from 1968, once the test runners made their complaints heard, Chevrolet was able to make necessary changes to improve the Corvette experience. The interior of the 1969 Corvette saw a functional redesign giving drivers and passengers more room. Make sure when purchasing your Corvette, you assess how you feel in the car. Move around. Drive around. Assess whether you feel cramped or comfortable.

The ’69 wheels grew wider from 7 to 8 inches. Also, the door handle was redesigned to allow for opening the door with either right or left hand on either side of the car. This was a heard complaint from 1968.

Uniquely, 1969 was the first year to be monikered at a “Sting Ray” rather than “Stingray”.

A 1970 Corvette will be more rare due to the lower production numbers. Fewer were produced this year as the production of the 1969 Corvettes ran long. The total number of 1970 Corvettes built totaled 17,316, with 6,648 being convertibles and 10,668 being coupes.

1970 was the first year designers started moving in the direction of a luxury car in addition to sports car. The 1970 C3 Corvettes’ fender flares were designed into the body contours to reduce damage from wheel-thrown road debris.

Egg-crate grills were added, replacing the previous four side gills. There were also matching front fender side vents and larger squared front directional lamps. The previously round dual exhaust outlets were made larger and rectangular in shape.  The new rectangular exhaust pipe tips were recessed into the underside of the tail, a design concept inspired by the Mako Shark II.

The 1970 Corvette interior grew even roomier and comfier than 1969 as designers continued to tweak for comfort of the driver and passenger.  In 1970, big block engines increased from 427 to 454 cubic inches and the powerful 370 HP LT1 small block engine made its debut. This is something you will want to keep your eye out for when shopping for a 1970 Corvette!

1971 Corvettes and 1972 Corvettes both saw very little change aesthetically. However, both years saw a fair share of removals. Similar to the appeal of owning a “first made”, it can be equally fulfilling to own a “last made”. Both years, designers and engineers were busy with engine changes in response to meeting new mandates and new regulations. Because of these changes, you may also see less power if you purchase a ‘71 or ‘72 Corvette. If engine options and output are number one on your shopping list, you may want to consider a 1968-1970 Corvette. The 1972 was the last model to feature both front and rear chrome bumpers. Starting in 1973, “rubber bumpers” were introduced. This was also the final year for the LT-1 engine and the ZR1 racing package built around it. 1972 was also the last year for a bright egg-crate grill, side-fender grills, and a removable rear window. 1972 also saw the smallest number of available engines since 1956 for Corvettes. There were only 3 engines available this year.

Overall, every year for any car is going to have its perks and downfalls, some more than others. This information is here to help you start your process of choosing the car the car that is right for you. Take a look at all of our 1968-1972 corvettes for sale by clicking here.  As always, we are here to help you make that decision, so feel free to drop a line to chat about the right car for your!